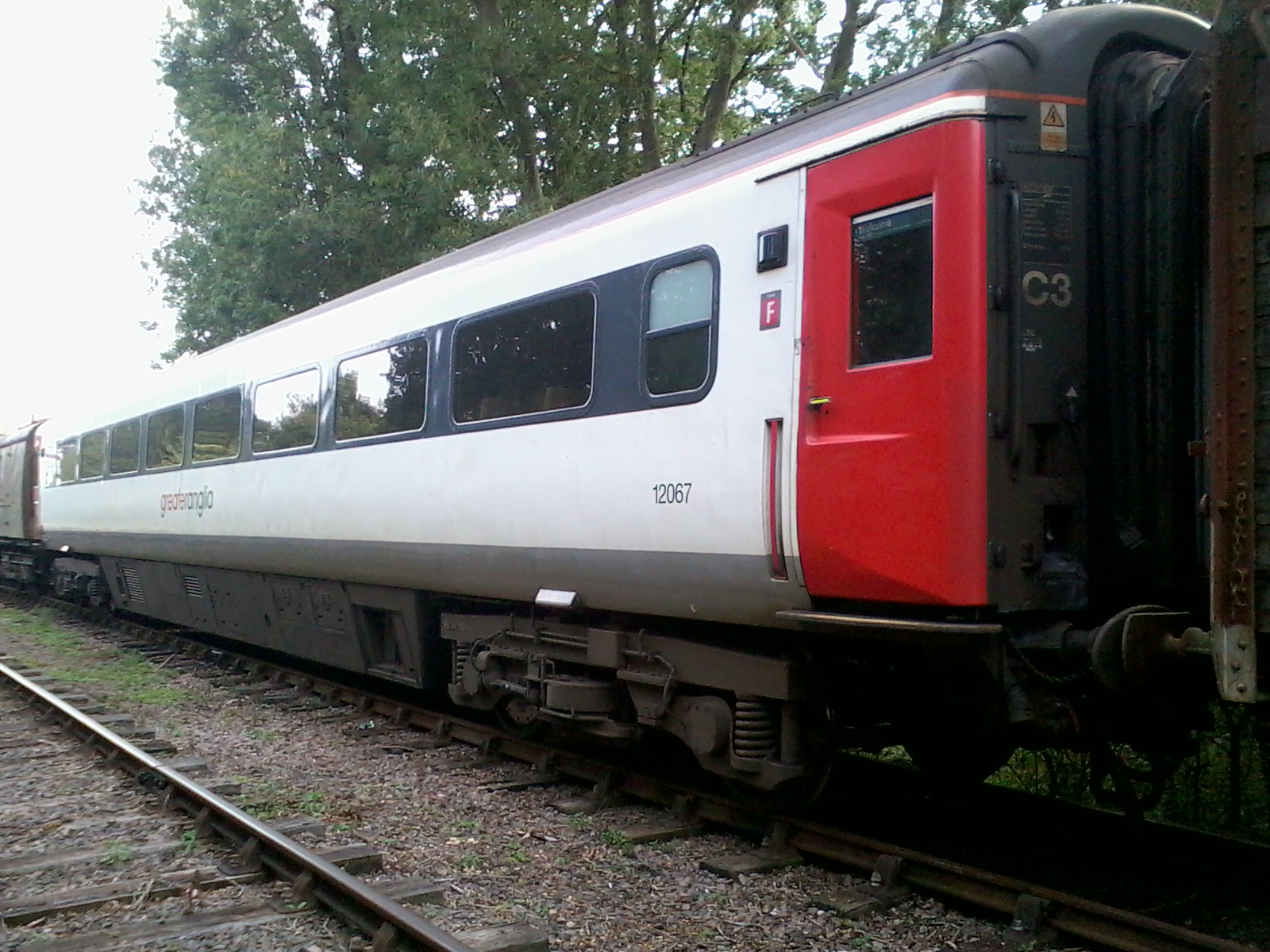 The Mark 3 coach was the first BR coach design to share a common bodyshell between all variants.

The bogies fitted underneath a Mk3a TSO are known as BT10 bogies. This design was a BR in-house design and saw the first application of air springs in the secondary suspension.

After around thirty (30) years of service on the WCML with BR and Virgin West Coast / Virgin Trains, who carried on utilising the BR vehicles until the introduction of the Class 390 Pendolino units from 2002-2005, the coach was transferred to work out of London Liverpool Street to Norwich for the ONE franchise.

Interestingly around 1985 ScotRail used the coach on its Edinburgh to Glasgow push-pull services, as a way to release the exiting coaches for refurbishment by INTERCITY. Research suggests that the refurbished TSO 12067 had its INTERCITY logos replaced by ScotRail ones and the red stripe may have been changed to the light blue stripe used by ScotRail. Once the Class 47/7 push-pull operations ceased the coach returned to INTERCITY livery & use.

The work was carried out by Vossloh Kiepe in a specially prepared area of Abellio Greater Anglia’s Crown Point Depot in Norwich.

TSO 12067 continued its service on the Great Eastern Mainline (GEML) until the 24th of March 2020 when, due to changes in the regulations for access for persons of restricted mobility, Greater Anglia returned the vehicle to its owner, a Rolling Stock Company (ROSCO) called Porterbrook. The last locomotive hauled service by Greater Anglia ran on the 24th of March 2020.

The livery history of TSO 12067 reflects the various BR operating structures and the franchise operators who have utilised the coach:-

Thanks is given by the Northampton & Lamport Charitable Incorporated Organisation (NLRCIO) for the donation of this vehicle by Porterbrook.