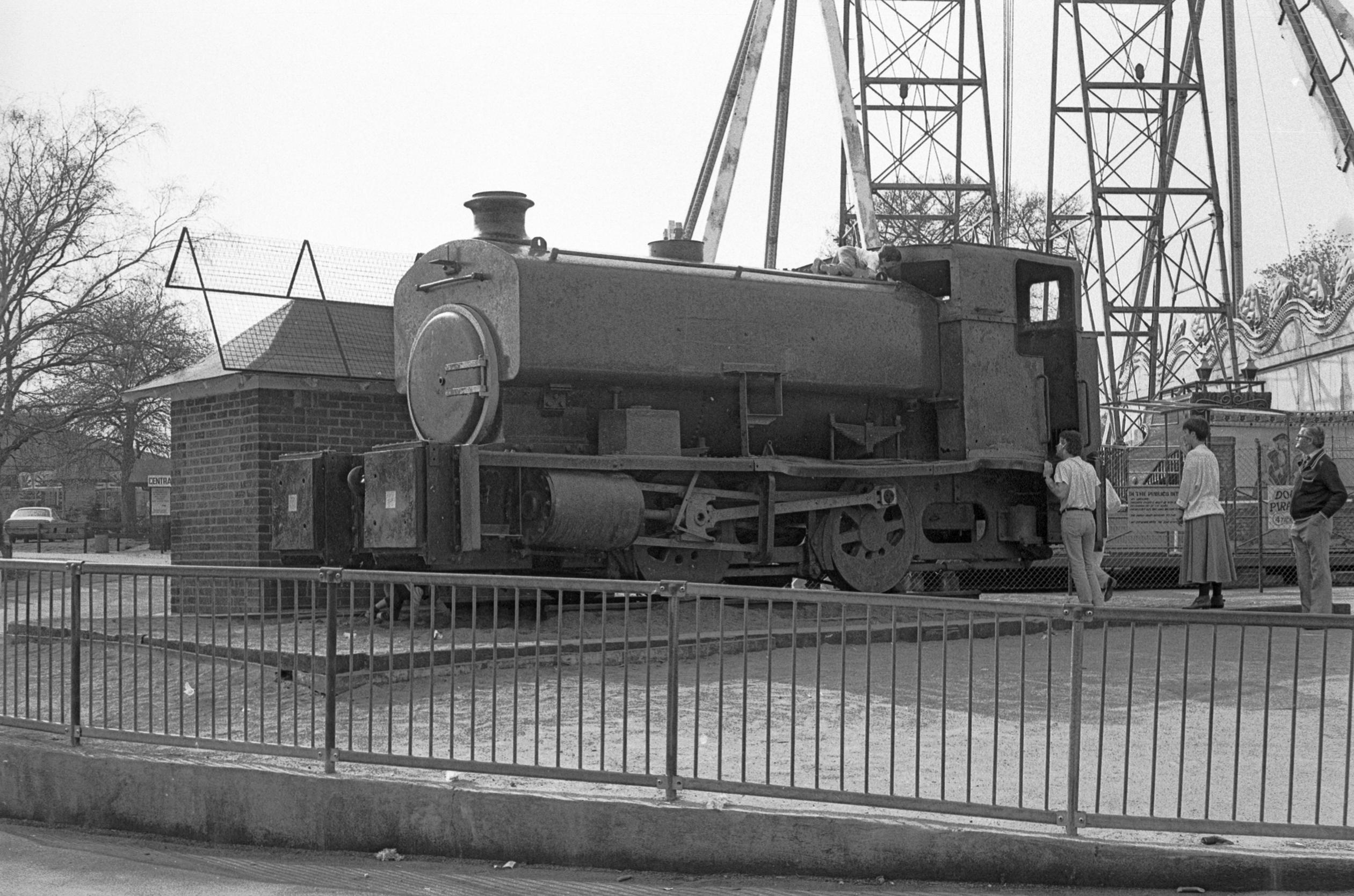 Built in 1952 (Works No.2323), the engine was supplied new to Lackenby, near Grangetown, in the same year and was given the number 6.

In April 1964 the engine was relocated to Irchester Quarries, Northamptonshire. There was already an engine carrying the number 6 at Irchester, so the 0-4-0’s number plate was simply turned upside down to create the number 9, which it carried until withdrawal in July 1969.

Following closure of the quarries the engine was donated to Irchester Parish Council and was displayed in the village recreation ground from August of the same year.

In June 1979 the loco was moved to Wicksteed Park in Kettering, Northamptonshire, where it became the highlight of the childrens’ playground. After 13 years on display the engine was moved again to the Rushden Historical Transport Society in August 1992, where it remained unrestored until early 2019.

A change of ownership saw the loco moved to the NLR in February 2019 for restoration to working condition. It is planned to return as No.9, the number it carried at Irchester, but the livery is yet to be determined.

Our online donations platform is moving from 'Golden Giving' to 'Peoples Fundraising'. END_OF_DOCUMENT_TOKEN_TO_BE_REPLACED

Introducing an exciting new project at the NLR END_OF_DOCUMENT_TOKEN_TO_BE_REPLACED