There are many ways in which you can support and help the Railway. Please click on the links below to find out more.

The Railway uses Golden Giving for its online donations. Golden Giving provides a secure and very low cost platform for our fundraising, meaning more of the money you donate goes straight to helping the Railway. 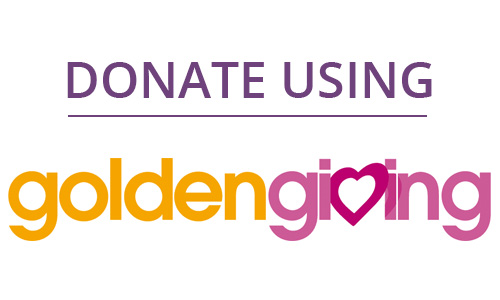 Donate to our current Appeal

Our current main project is the southern extension to Boughton. Our other current appeals are to restore the CIO’s-own BR Mk1 TSO coach (No.3919) and to restore our Booking Office (formerly part of Lamport Signal Box).

You can set up regular donations to the Railway using Direct Debit. This can be done via our secure Golden Giving fundraising page. Please click the link below:

Make a general one-off donation to the Railway, rather than to a specific appeal. Again, please follow the direct link to our Golden Giving fundraising page below:

Payroll Giving is the easiest way to make regular donations to the Railway. It is also tax efficient. Payroll Giving donations cost you at least 25% less as they’re taken from your pre-tax pay. It’s the most efficient way to give!

Setting up payroll giving is simple and easy. I’ve recently done it myself. Your employer may already be signed up to a payroll giving agency, so speak you your Finance department. Tell them you wish to donate to the Northampton and Lamport Railway CIO, registered charity No. 1172398, and confirm the amount you’d like to donate.

If they’re not already set up then ask them to arrange it, as other employees may also wish to give to their chosen charity. Some agencies charge a small commission, whereas others are commission-free (such as Giveall – www.giveall.org), which means the Railway gets 100% of the money you donate!

Payroll Giving is only available for salaried PAYE employees.

By leaving the Railway a gift in your will you help to secure its future and ensure it endures for future generations to enjoy. Legacy funds to date have made a massive impact on some of our development projects, including the current southern extension. You can really help make a difference.

Could your business sponsor one of our special events or a particular capital project? Or might you be willing to offer professional services to the Railway on a pro-bono or discounted basis?

For every £1 ticket the NLR gets 40% when tickets are purchased from our page. A further 10% goes to other good causes in the area.

Its a win-win situation!

By becoming a Member of the CIO you will receive copies of our in-house magazine ‘Premier Line’ and other benefits.

Volunteer at the Railway

Volunteering at the Railway can be extremely rewarding.

Apply to buy shares in our operating company, Northampton Steam Railway Ltd. This is a private limited company that works on a not-for-profit basis, with any profits made being re-invested in the Railway.

Shareholders do not receive an annual dividend.