History Of The Line

Restoring our parents’ past for our children’s future

In 1851 large amounts of ironstone were discovered in Northamptonshire and the London & North Western Railway (L&NWR) decided to capitalize on this occurrence by proposing a new railway line between Northampton and Market Harborough. This in itself would open up more of the countryside for railway travel by providing a link between the lines from Rugby to Stamford, and Blisworth to Peterborough.

The line had a history, particularly in its final years. It was first closed to passenger traffic on 4th January 1960 but was reopened to through traffic on the 6th January 1969. It was closed again on 1st May 1969 and reopened on 10th July 1972. The passenger service was finally withdrawn on 26th August 1973. 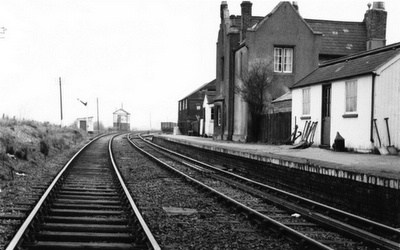 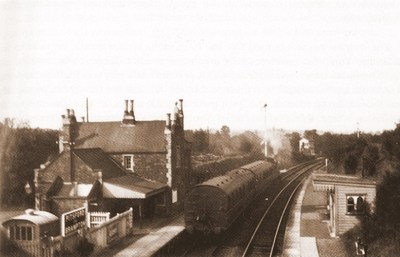 Pitsford and Brampton Station complete with station buildings and double track in L&NWR or early LMS days.
This station closed on 5th June 1950. 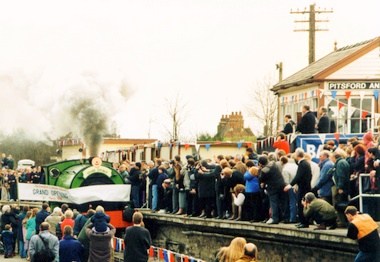 Crowds gather at the official re-opening of the NLR on 31st March 1996.

In June of a group was set up, calling itself the Welland Valley Railway Revival Group, to reopen as much of the line as was possible. On 15th August 1981, the group organised a special train to run from Northampton to Market Harborough and back. People gathered at the old station sites, bridges and crossings to see the last British Rail train on the line that had given 123 years of service. The next day the line closed to all traffic.

The Northampton Steam Railway soon emerged and three years later the group had changed its trading name to the Northampton & Lamport Railway (NLR for short), and had started to rebuild the railway in the old goods yard at Pitsford & Brampton station; which is now the railway’s headquarters, situated approximately 5 miles north of Northampton.

The initial construction of the NLR produced a railway comprising a station, two signal boxes, with approximately ¾ of a mile of running line and some sidings. The first passengers were carried along the reopened section on 19th November 1995 and the line was officially reopened on the 31st March 1996. This initial section of line is located between Bridge 11 and Bridge 13.

The first extension of the line from Bridge 13 to Bridge 14, was achieved by fundraising (including National Lottery funding) and seven years of hard work from our Volunteer Working Members at a cost of £50,000. In 2002 the first passenger train crossed the restored Bridge 13 since its closure by British Railways in 1981.

The southern extension to Boughton Crossing is the current focal point for extending the railway, where planning permission has been received, track laid and a new station platform is being built. It is hoped this will open at some point during 2020. For more information on this project please click here

Other future projects include new permanent station buildings at Pitsford and Brampton (and Boughton).

The Northampton & Lamport Railway has achieved a lot since its formation and is always welcoming visitors, new members, new Volunteer Working Members and donations. 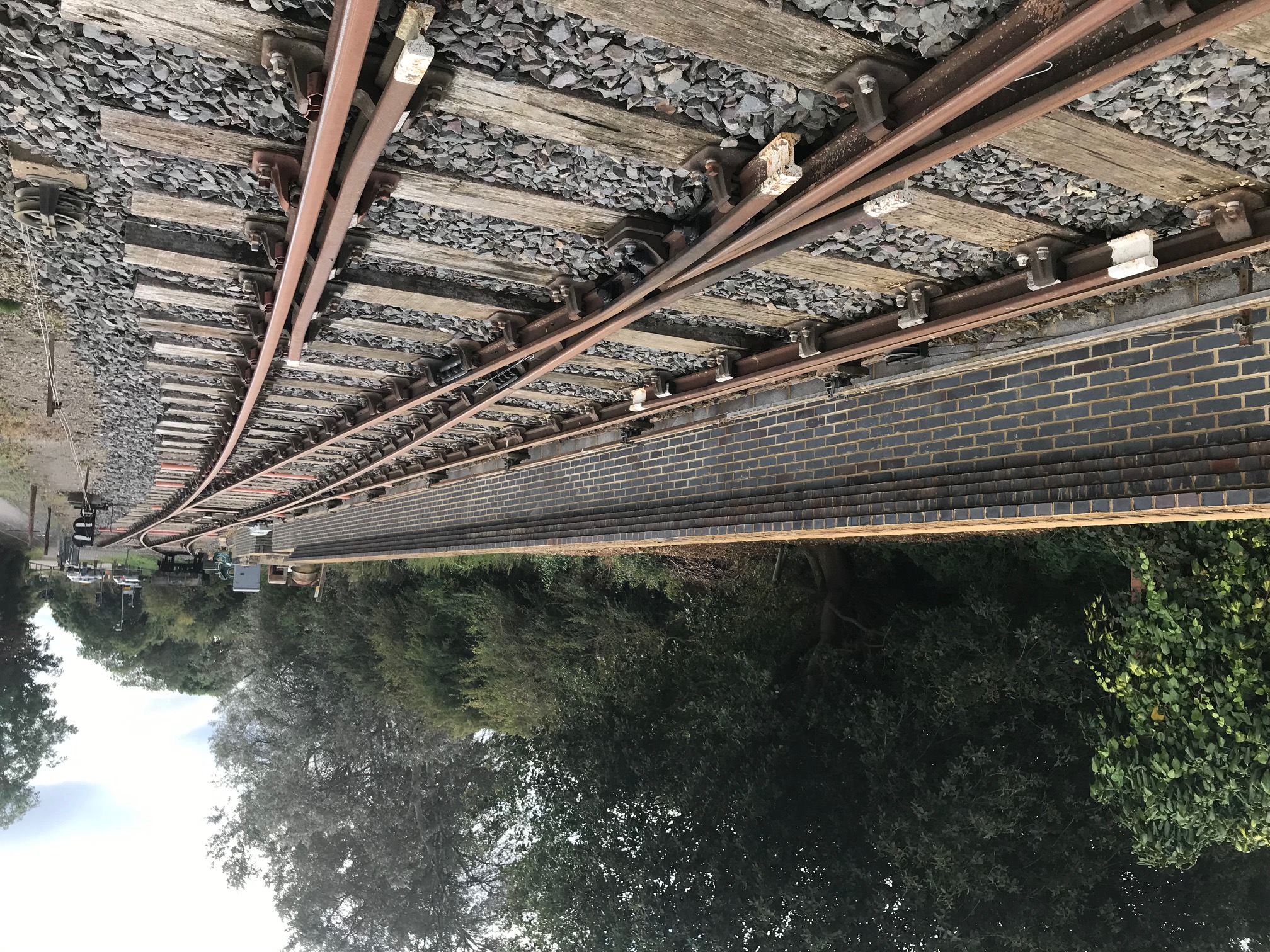 Progress at Boughton as of September 2019. This photo shows the view looking south, towards the A5199 Welford Road (visible in the distance), which was the site of the original Boughton Crossing. Restrictions on new level crossings (and future planned highway improvements) prevent us going any further south.