Since the Northampton & Lamport Railway (NLR) started running trains in 1996, the locomotives have been stored outside bringing the associated deterioration and security issues. The Railway, therefore, desperately needed to construct some undercover secure storage. After receiving a very competitive quote for the steel frame, work started on the new shed in early 2018. Although modest in size (65ft long) it is large enough to allow two locomotives to be under cover. The shed design also allows for future expansion as and when finances & volunteer labour allow. The shed design caters for the incorporation of some of the windows recovered from the old Bedford Midland shed.

An appeal had been launched in late 2017 to raise the £12,000 needed. By late 2018 we had raised £10,000, with the remainder being provided by the Railway’s supporting charity (Northampton and Lamport Railway CIO).

We would like to thank everyone who contributed to this appeal and helped make it a reality so quickly.

Who donated £400 via in-store voting at their Kingsthorpe store 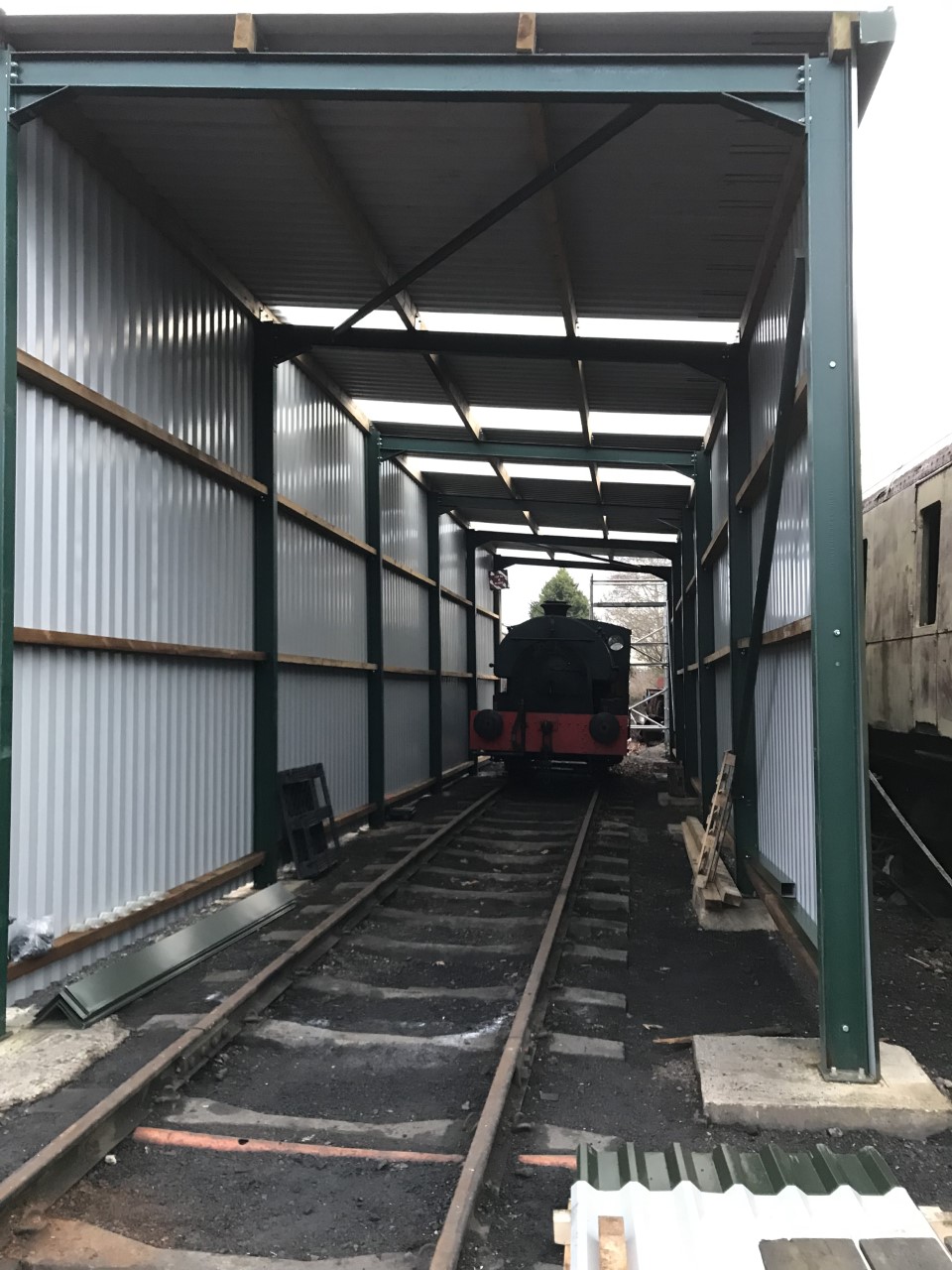 The photo on the left shows progress by early February 2019.

The walls and roof are all clad. The doors will be made and fitted in the coming weeks.

The first loco into the shed was long-term resident 0-4-0ST Peckett No.2104, which is now finally undercover for the first time in over 30 years!